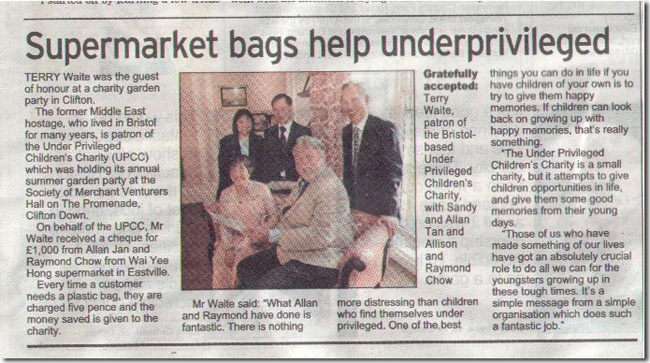 Gratefully accepted: Terry Waite, patron of the Bristol-based Under Privileged Children’s Charity, with Sandie and Allan Tan and Allison and Raymond Chow.