Chinese Zodiac – Year of the Dog 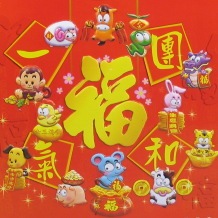